In June 2019, Rep. Alexandria Ocasio-Cortez visited the U.S.-Mexico border. After witnessing the horror and cruelty of the detention centers, she compared them to concentration camps, eliciting backlash from right-wing anti-immigrant politicians, as well as many mainstream Jewish institutions.

But it was clear where the majority of the Jewish community stood. We were outraged on two levels — first, at the atrocities happening at the border, and second, that our community’s trauma was being weaponized against immigrants and progressive politicians speaking truth to power. We knew that the words “Never Again” meant “Never Again” for anyone. And we knew what “Never Again” called us to do. On June 30th, 2019, 200 Jews shut down the Elizabeth Detention Center in Elizabeth, New Jersey, resulting in 36 arrests. Over the next 2 months, thousands of people mobilized in over 40 #JewsAgainstICE actions across the country. 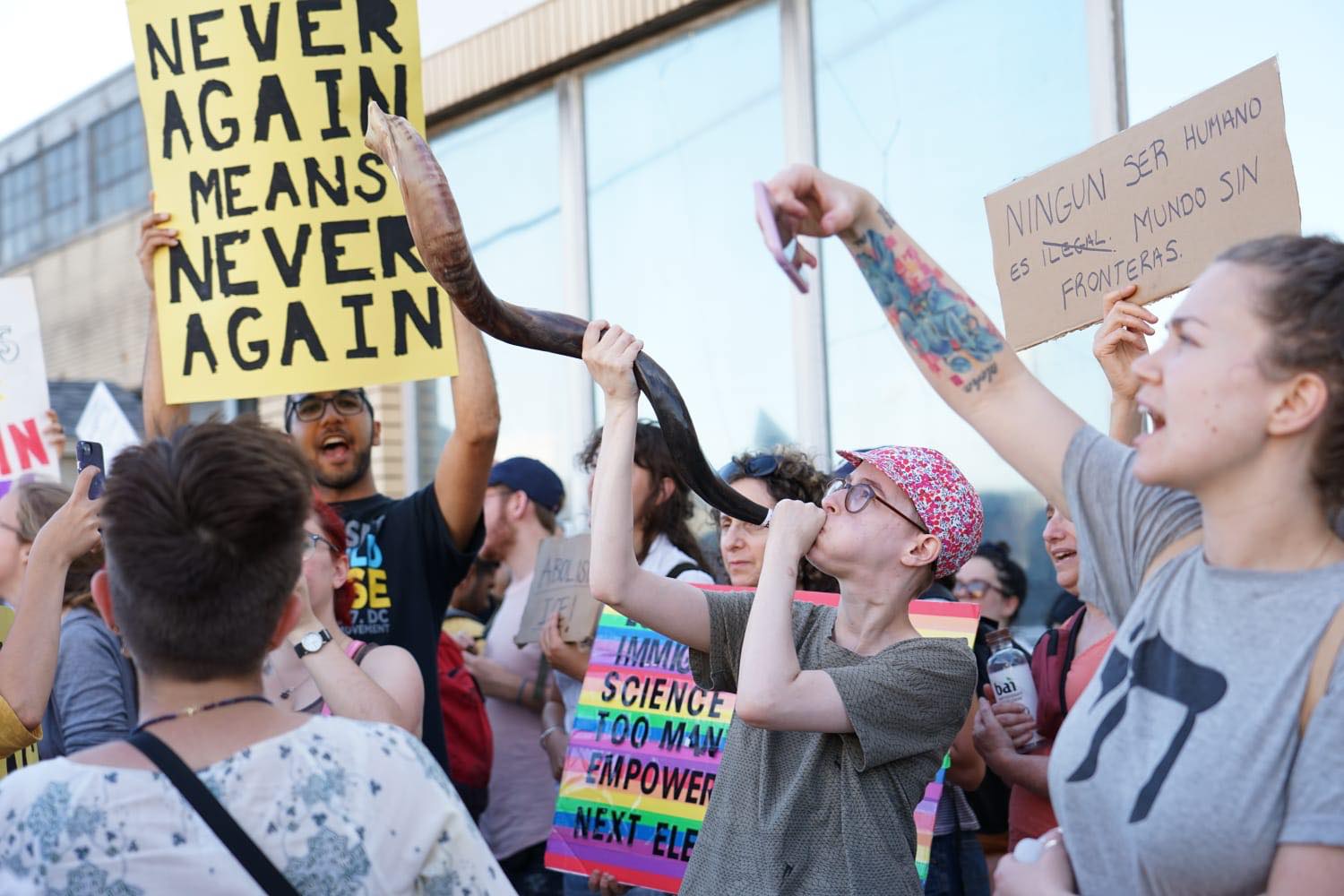