This mural was part of my senior project in 2012. Myself, along with four other students, learned, experimented, and designed a mural for a community center in East Belfast, Northern Ireland, made possible by relationships built by artist, Chuck Hoffman. Together, we designed a mural that spoke to the needs of the community, centered around bride-building. After designing the mural at home in at the University of Kansas, we traveled to Belfast to bring the mural to life. We invited the community to join us in painting the design, and it became a symbol of community building that lasted for years to follow.

From the artist that brought us to Belfast, Chuck Hoffman:

"It’s been a few weeks since returning from East Belfast, Northern Ireland and the completion of our mural project. I’m still excited by this work and the people it touched along the way. I believe art has the ability to connect us on a creative and spiritual level and in the process has the potential to transform us.

We began the project with the folks at Skainos/East Belfast Mission. They worked with the East Belfast Partnership to secure a site for the mural, through Translink in Belfast. Those connections brought us in contact with the Ballymac Community, the site of the mural, who’s community members participated in painting the mural. That took place on the east side of the pond. Before the actual painting could take place, our studio began the design process back here in Kansas City. We mentored and guided four design students from the University of Kansas: Amanda, Jared, Lauren and Samantha. They invested five months working in our studio on the design and presentation of mural ideas, followed by two weeks on location working in East Belfast.

I’m proud of our group of designers and feel privileged to have had the opportunity to work with the folks in the Ballymac and the East Belfast Partnership. It was truly a global community working together through art." 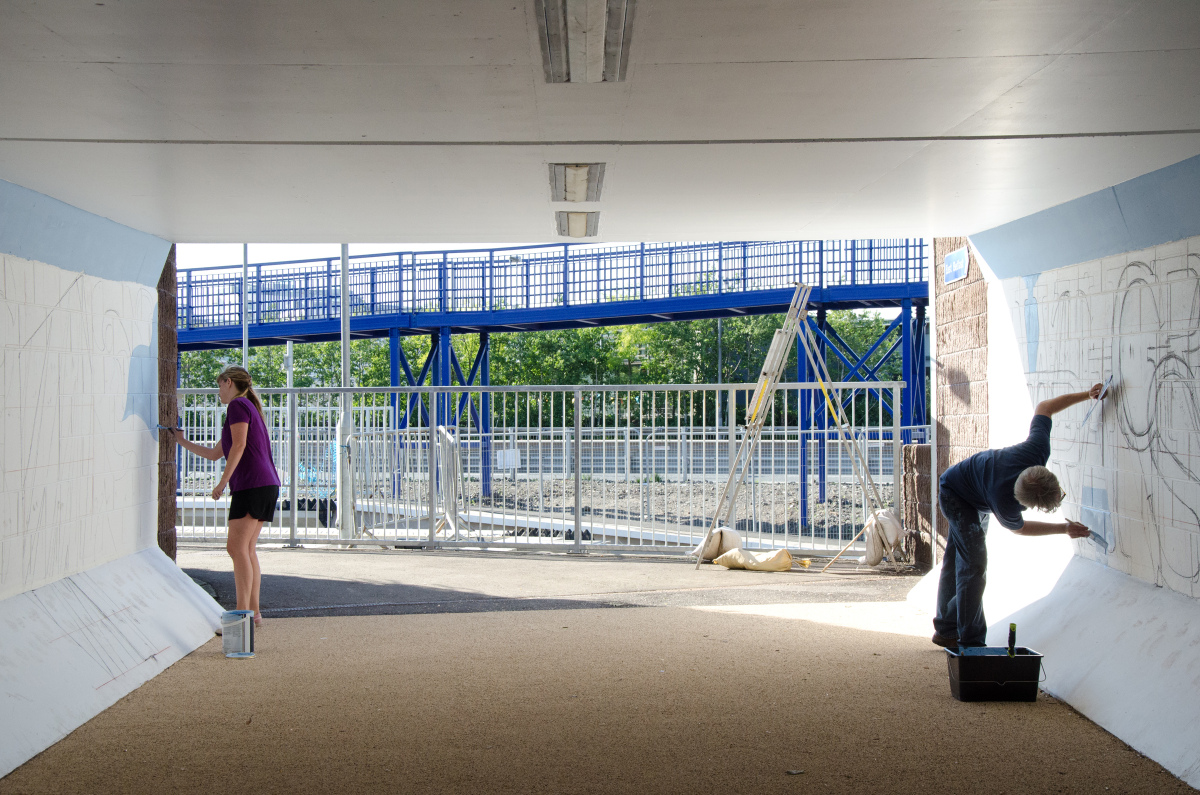 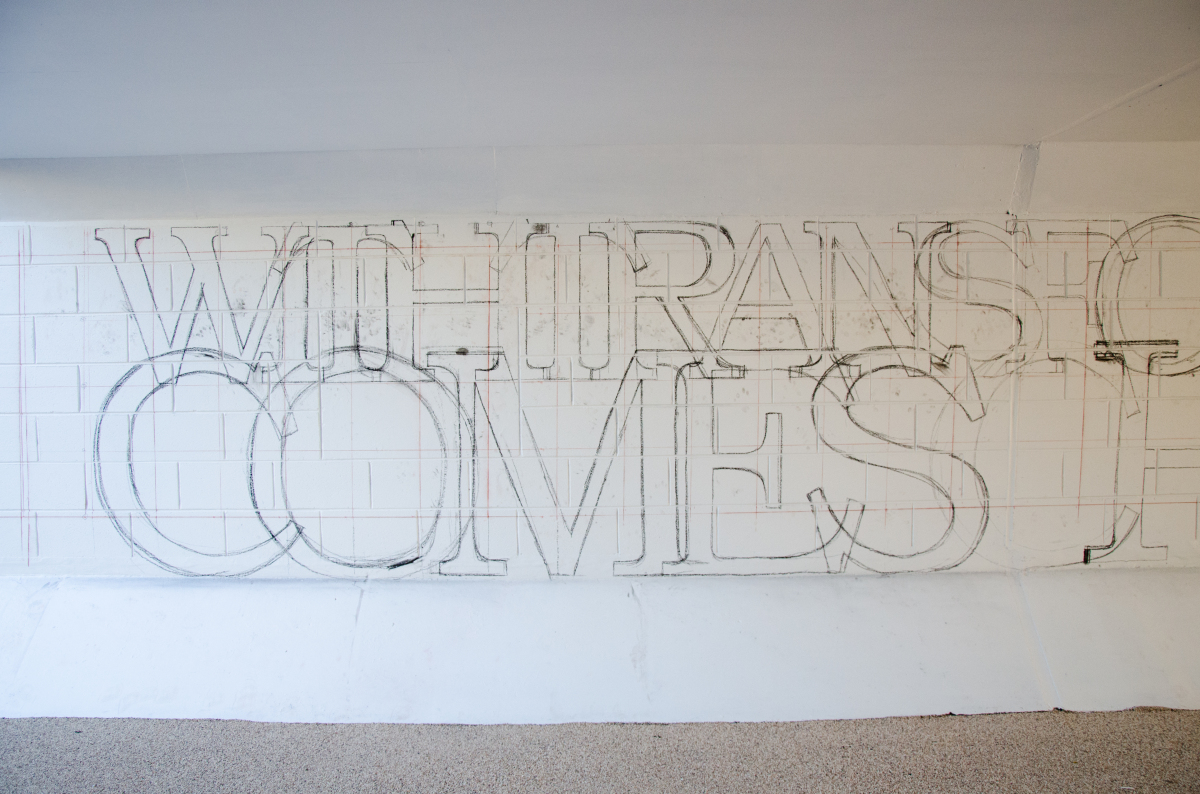 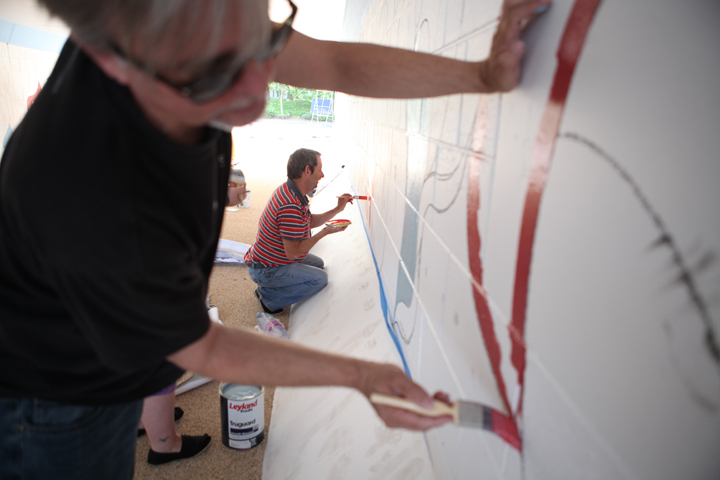 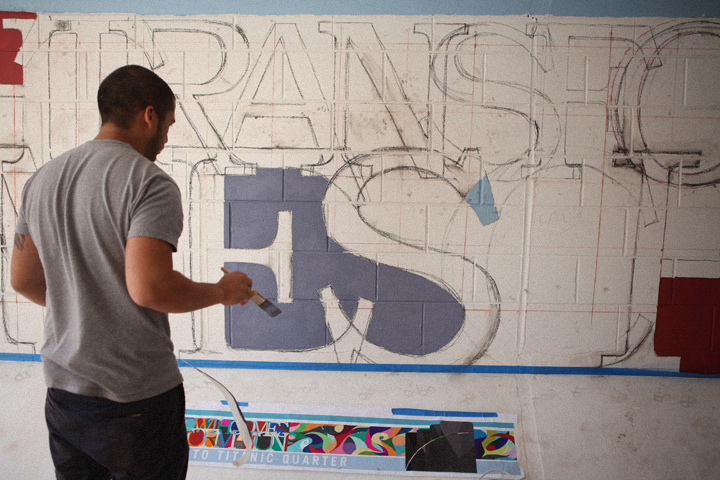 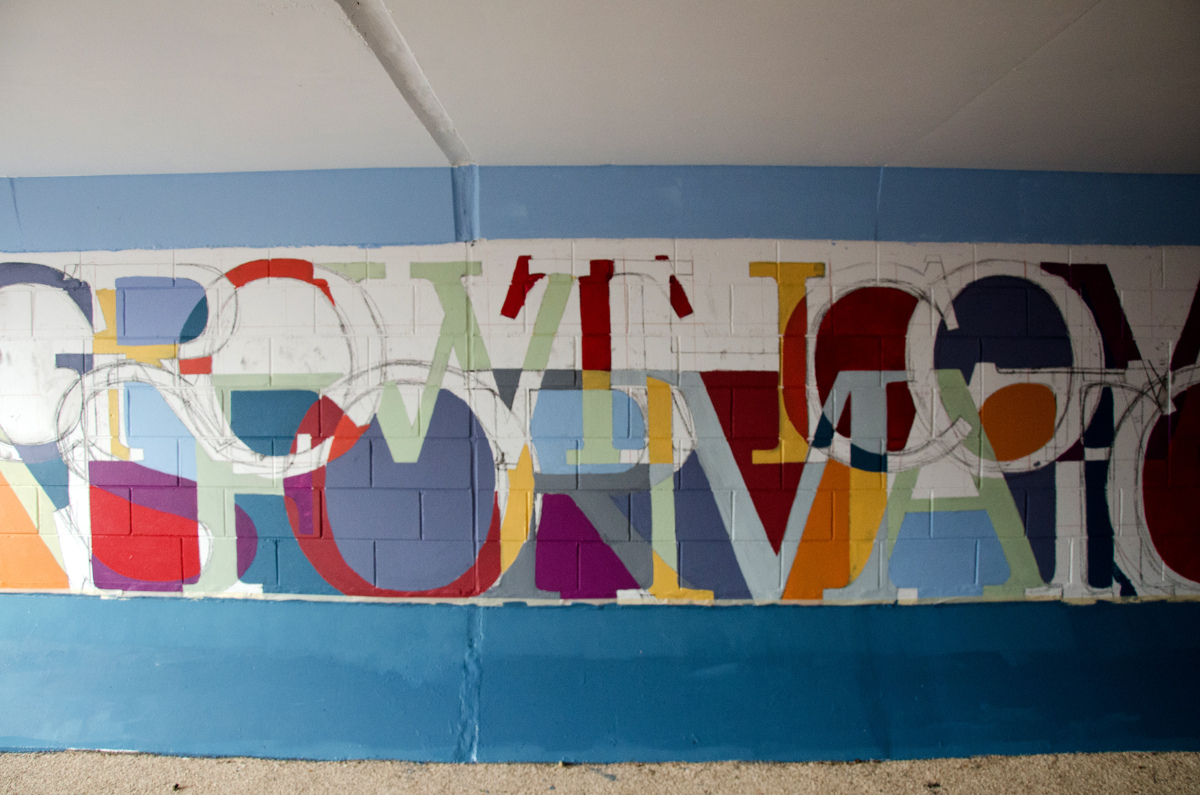 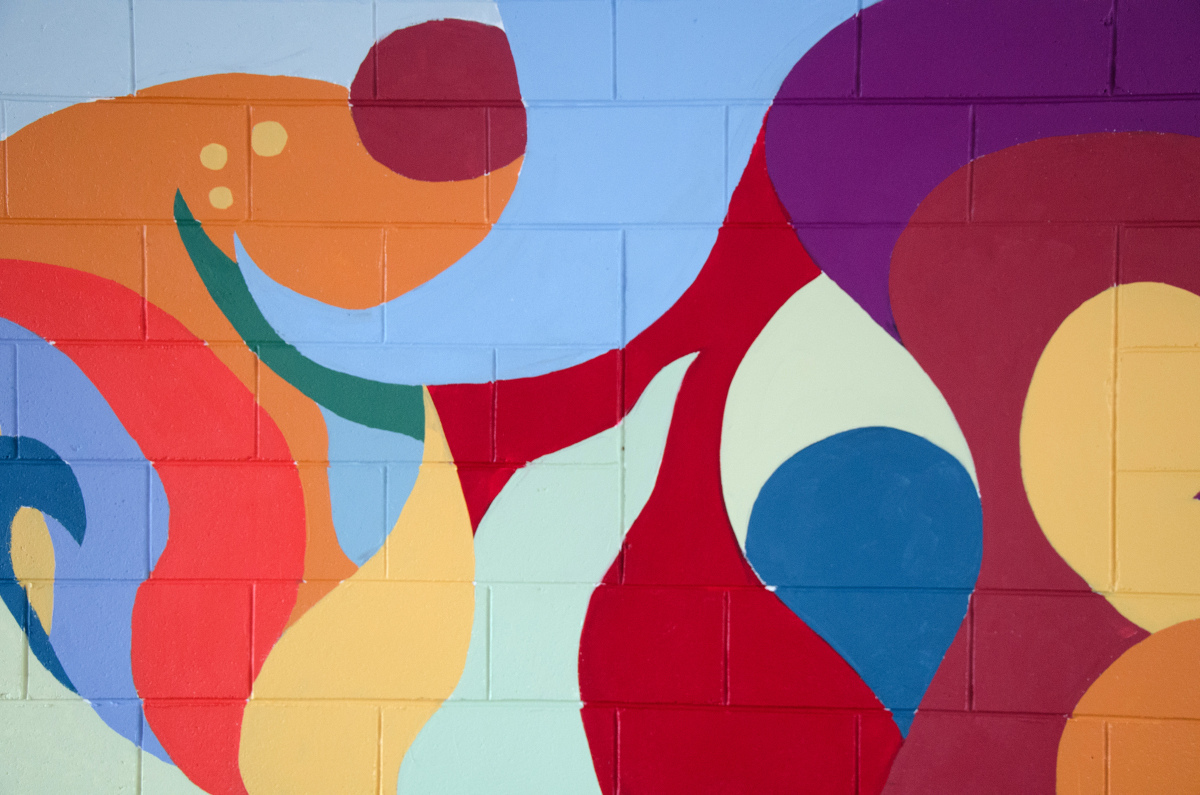